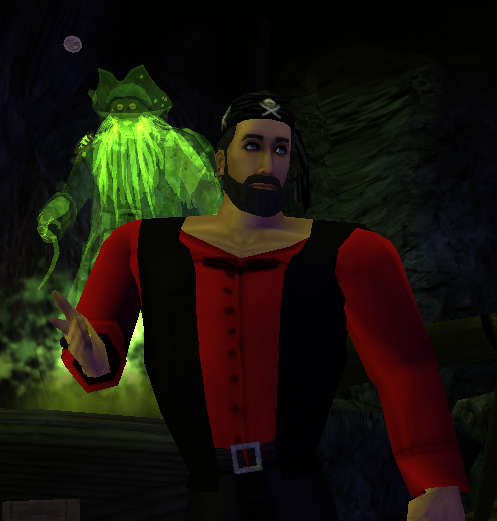 John Foulroberts ("JFR") is a community leader for The Legend of Pirates Online (TLOPO). JFR has been a part of the Pirates of the Caribbean Online community for over 10 years, taking on numerous roles while terrorizing the high seas.

Beginning in February 2008, JFR set sail in the Caribbean. It became quickly evident that JFR developed a passion for serving the beloved Caribbean, aiding crewmates with a well-aimed grenade, or boosting morale with his sharp wit.

In the summer of 2011, JFR found his way to the most prestigious and motley band of pirates the Caribbean dared to be reckoned with: the Dark Archive. He eagerly began contributing to the guild and subsequently earned the rank of Second Class Officer. His duties eventually grew in scope and was promoted to First Class Officer.

In tandem with his activity in Dark Archive, JFR also achieved moderation ranks on Pirates Forums, as well as earned the title of "Savvy Swashbuckler" in 2012 for his contributions to the community and his guild.

The best way to contact JFR is via Discord.